Five local sports legends will be inducted into the third Boulder Sports Hall of Fame class on Saturday, Sept. 28 between 5-midnight at the Avalon Ballroom. Tickets can be purchased for $20 each which includes two beers or order a deluxe dinner for $65 (and two drinks). There will be a silent auction which will help raise funds for upcoming shipments for the non-profit One World Running, an international program promoting awareness of health, fitness and nutrition by providing running shoes to those in need in the United States and around the world.

This year’s class includes: Steve Jones (running), Joanne Ernst (triathlon), Pat Ament (climbing), and a cyclist to be announced, will be inducted into the Boulder Sports Hall of Fame. Gary Lacy will receive special recognition for his roles in helping to create Boulder’s bike path system.

There will be dancing to DJ Haus afterwards. 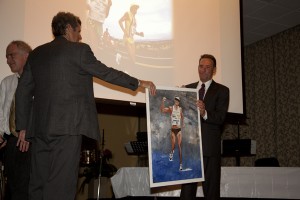